Ever since computing technology was introduced in the 1950s, there has been a struggle to bridge the divide between man and machine through natural spoken language. That rings true for the man-and-computer interactions too. Though computers perform complex calculation-based tasks, they lag in understanding language, until now. Conversational UI may just build the bridge – interfaces that bring a human touch with them. With Gartner predicting 2017 to be a year of conversational systems, there is going to be a rise in the demand for conversational interfaces.

What is a conversational UI?

A Conversational UI gives the privilege of interacting with the computer on human terms. It is a paradigm shift from the earlier communications achieved either by entering syntax-specific commands or clicking icons. Conversational interface allows a user to tell the computer what to do. Conversational UI is more social in the way the user ”contacts”, ”invites” and ”messages” than the traditional apps that are technological in nature where the user downloads and installs.

Rewinding to the BC days, before chatbots arrived, customers were assisted by shop assistants during their visit to a shop. The shop assistant used pre-defined scripts to respond to customer queries. Fast forward to the AC, time after the chatbots hit the market; chatbots on a website are creating conversational websites and interacting with the customer in the same way a shop assistant would do in the past.  Conversational UI takes two forms – voice assistant that allows you to talk and chatbots that allow you to type.

A peek into voice assistant and chatbot

Tech giants Amazon, Google, Microsoft and Google have not only introduced voice assistants but are also making the voice assistants smarter by the day. Hey Cortana from Microsoft, Ok Google from Google, Hey Siri from Apple and Echo from Amazon are classic cases of voice assistants responding to the user by voice. Users can ask these voice assistants to show the trailer of a movie, book tables at a restaurant, schedule an appointment among other things. 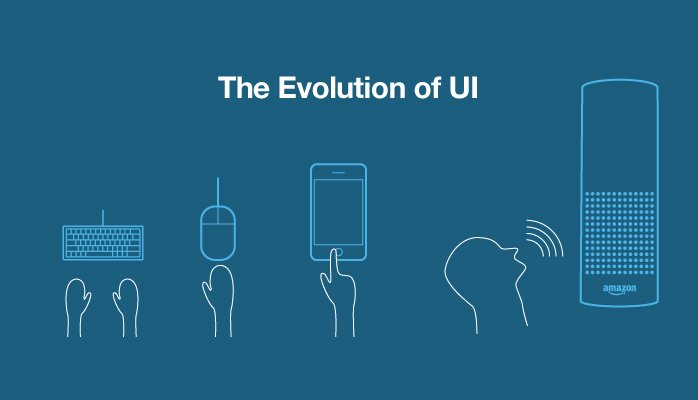 On the Chatbot front, Facebook M is a classic example that allows real time communication. The human-assisted chatbot allows customers to do several things from transferring money to buying a car. Slack’s slackbot is another shining example of a chatbot. This human-assisted chatbot allows the user to do many things. If there is a slackbot for scheduling meetings, there is a slackbot for tracking coworkers’ happiness and taking lunch orders.

Why are companies betting high on Conversational UI?

The interface is platform-agnostic working well across desktop, smartphone and smartwatch. Conversational UI also work well in devices that do not have screens, as that of Amazon Echo. The most alluring feature of conversational interfaces is the way they facilitate frictionless experiences for a user working with a computer.

Apple, Facebook and Mattel have one thing in common. They have all set up conversation-based interfaces powered by the AI chatbots that have come good to serve several business purposes. Yesterday, customer responses were a phone call or a web-search away. Today, it is a chatbot away. Chatbot takes its place in chat products and also serve as stand-alone interfaces to handle requests.

Take 1–800-Flowers for instance. They encourage customers to talk to a chatbot and order flowers. The company is now leveraging the natural-language ordering mechanism through Facebook Messenger to make this possible. That’s not all. 1–800-Flowers came up with a startling revelation that 70% of its Messenger orders came from new customers once it introduced the Facebook chatbot.

Are conversational interfaces on the rise?

Conversational UI is evolving into the interface of the future. The conversation assistant capability made available through Nuance’s Dragon Mobile Assistant, Samsung’s S-Voice and Apple’s Siri is just the beginning. Looking into the future, language and reasoning frameworks are going to blend with big data and machine learning to give way for conversational user interfaces that better understand customer needs and wants, better understand the customer and his surroundings.

More and more business models will benefit from chatbots. Retail, media companies distributing content, research and consulting are some of the industries that will drive business value from chatbots.

Check out this video of how you can build a lead generation chatbot for your business in minutes using WotNot’s chatbot development platform.

How data science is useful for all businesses?
We use cookies to improve your browsing experience. Learn about our Privacy policyOk
Scroll to top