Mirant Hingrajia
Table of contents
Why are we here?
Chatbots today
How did it start?
What are the benefits of using chatbots?
Let’s get back to where we started?
Can chatbot handle negotiations like humans?

Chatbots have been assisting humans for quite some time. If we turn back the pages of time, we can recall the introduction of the Turing test in 1950 by Alan Turing. The test was then published as an article titled “Computing Machinery and Intelligence” and is now considered as a criterion of intelligence.

If we’ll look at the historic chatbots like PARRY (1972) and ELIZA (1996) things were different in comparison to the recent ones like ALICE, Jabberwocky, and DUDE. However, things have changed drastically, and the chatbots are now part of the messaging platforms, apps and websites, company’s internal platform, education industry, and toys.

Despite the fact that they are today playing a role in different industries, a report released by chatbots journal says a majority of businesses didn’t hear about chatbots until 2015. The same report also reveals that 54% developers worked on these for the first time in 2016.

Why are we here?

In the last couple of years, Facebook has changed the way leads were generated. The credit undoubtedly goes to chatbots in Facebook messenger. They have encouraged third-party developers to build Bots.

According to a report, there were more than 11,000 chatbots in Facebook Messenger. However, these Bots aren’t solely made by Facebook. It includes a significant portion of third-party developers.

Facebook recently released research which outlines their efforts in building and training artificially intelligent chatbots to negotiate with humans.

After assisting humans, chatbots are now getting trained to negotiate like humans.

Before we talk further about this, let us first have a quick look at their journey till date and the contribution they have made.

According to a report, 90% developers believe that businesses lack knowledge about chatbots while 75% companies believe that chatbots haven’t yet proved themselves completely.

Amidst the complete chaos, chatbots are continuously trying their best to evolve and transform the way we live, interact, and work.

How did it start?

The year 2016 became the game changer for the chatbots. It was the same year when Microsoft and Facebook shared their plans to support chatbots. While Microsoft announced its Bot framework in March 2016, Facebook made the announcement in April 2016.

As a result of this, developing and releasing approved bots has now become easier with Facebook Messenger, Slack, Skype, Telegram, and few others. According to a report, the Facebook messenger is leading the list as the most preferred platform by 92%, followed by Slack and Twitter. The same report also shares that the top three industries taking the most benefits through bots include E-commerce, Insurance, and Health care.

What are the benefits of using chatbots?

Chatbots have the potential to change the way brands communicate with their consumers. However, we can’t deny the fact that both brands and consumers are relishing the benefits of chatbots equally. Let us have a look at some use cases:

The online market is growing with every passing day. Chatbots can become one of the most resourceful inclusions for your retail business. They can give a personalised experience to your customers and help in generating new leads with the same. One such example is Shop Spring. The users don’t have to chat to with the bot. They simply need to choose some of the answers, and the Bot gives them narrowed options. This action empowers them to make a prompt decision and saves their time.

It was September 2016 when Facebook Messenger allowed its users not just to do the shopping but also in making payments through systems like MasterCard, Visa, American Express, Braintree, Stripe, and PayPal. It isn’t just the ease they avail, but they also look after the security of transaction and other vital factors.

People order food online because they don’t want to spend their time waiting in long queues. ChatBots are instantly available online at any time to take the order. Few of the best examples to this include the one deployed by Pizza Hut and Dominos. We have developed a Food ordering Bot “Foodie”. Try it out!! The bots not just save time, but they are designed with a distinct sense of humour, which helps them build a healthy and engaging interaction with the customers.

Here ChatBots help the patients in booking their appointment with a doctor, store and track their payments, paying invoices, and most importantly can guide patients. The usage of ChatBots in the healthcare industry can help them build a steady and long term relationship with the patients.

Customer support undoubtedly takes a lot of resource from the enterprises. Not just humans but the set up for them takes away a good sum of your capital. Let us consider that you are not replacing your current customer support team entirely with the ChatBot; even partial usage can help you impeccably. They can help you realise that most of the queries are identical and also acknowledge you about the new complaints. With this, you can automate repetitive requests. The prompt reply and solution to them will indeed earn you appreciation and loyalty of your customers.

Let’s get back to where we started?

ChatBots have indeed proven themselves as a powerful tool to customer satisfaction and an unmatched resource for the enterprises helping them save a lot of time and money.

Now, getting back to Facebook’s endeavours in designing and developing Bots to make negotiations the way humans do, let us analyse the chances of the success of this research. This new technology will not only change the way we do business but also non-commercial activities. The example of non-commercial activities can include fixing meeting time. The Bots can fix up the meetings keeping in mind the availability of everyone involved in the meeting.

This isn’t the first time that a question of this kind is raised. If we’ll go back the year 2015-16, the same questions were raised on ChatBots in context to helping customers. However, today we can see the contribution they are doing in different industries and the continuously increasing rate of acceptance.

ChatBots have indeed empowered systems to make small conversations and execute simple tasks. However, expecting them to make complex meaningful conversations with real humans, understanding the sentences and then building a sentence by self to achieve the goal, indeed sounds like a tough task.

Researchers at Facebook Artificial Intelligence Research showed us that a ray of hope through open-sourced codes and the published research. The researchers have claimed that Bots can negotiate the way humans do. Here are some key-takeaways:

The researchers gave a multi-issue bargaining task to two agents. Both the agents were shown the same set of items and were assigned the task to divide them accordingly by negotiating a split of the terms. Both of them were given their own set of product-values to set the priority levels. The experts at FAIR created many such scenarios to test and ensured that cracking the negotiation and getting the best deal is impossible for both the agents.

Negotiation is a mixture of both, linguistic and reasoning problem. It requires an intention for something which needs to be verbalised. Dialogue rollout is an idea formulated by FAIR researchers’ for building long term planning dialogue agents.

The Dialogue rollouts are designed keeping in mind that the agent can simulate a conversation’s future by rolling out a dialogue model. We have seen simple ideas being used in designing the game environments, but it is for the first time that it is being implemented into conversation and negotiations.

The team crowdsourced a collection of negotiations amidst a couple of people to train negotiation agents and to conduct large-scale quantitative evaluations. Surprising many around, in most of the cases people did not even realise that they were interacting with a machine. 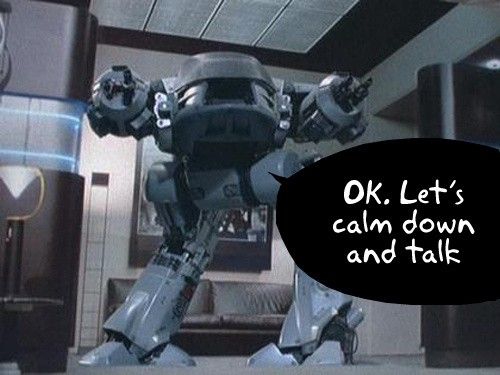 The work portrayed in the research clearly indicates the future of chatbots. The technology will soon come adorned with more power to reason, negotiate, and converse. Basically with all key ingredients that can make a perfect digital assistant. Looking at these we can definitely expect a brighter future of ChatBots.

However, in one of its article, the Verge warns people not to get too excited about the project as there have been instances when Bots couldn’t work up to expectations. Hence all we can say for now is that we’ll have to wait for an undefined duration to relish the essence of these chatbots.

About the author
Mirant Hingrajia

Mirant is a Technical Architect at Maruti Techlabs. From overseeing the design of enterprise applications to solving problems at the implementation level, he is the go-to person for all things software.

What are the Benefits of Chatbot for your Business?

Everything you need to know about chatbots and their benefits as the most superior technology.

We cannot deny the benefits offered by chatbots. Check how these benefits have overcome the need for mobile apps.

WhatsApp Chatbot For Banking & FinTech - Benefits and Use Cases

Discover the role of the WhatsApp chatbot for the banking & fintech industry to embrace the customer experience.

Chatbot - 9 MIN READ
What are the Benefits of Chatbot for your Business?
Everything you need to know about chatbots and their benefits as the most superior technology.

Chatbot - 6 MIN READ
Why can chatbots replace Mobile Apps immediately?
We cannot deny the benefits offered by chatbots. Check how these benefits have overcome the need for mobile apps.

Chatbot - 9 MIN READ
WhatsApp Chatbot For Banking & FinTech - Benefits and Use Cases
Discover the role of the WhatsApp chatbot for the banking & fintech industry to embrace the customer experience.