Thomas A. Edison said “I have not failed. I’ve just found 10,000 ways that won’t work.” So next time he tries to make a better version of bulb he knows the direction in which he does not have to go. Some notions or processes might seem sloppy, but actually provide value somewhere else in the company, or prevent other forms of scrap from being produced later. Other processes may seem valuable, but actually do not really result in any business value.

How often a software development time goes on producing nothing? How do you identify it? I am sure in most companies it is tough to spot what is scrap and what is not. We can take a cue from traditional manufacturing process and use it as an analogy to software development.

Toyota manufacturing system is a good example to learn general types of waste.

3. ‘Muri’ – Overburden or be unreasonable

In doing this, they also identified types of waste in manufacturing, These are over production, excess inventory, waiting, Unnecessary transportation and defects.

In software development, it can be translated to more relevant terms:

2. Dependencies between features – New features are always built on top existing ones or considering integration with other features. Any delay in integration puts someone on waiting and adds to overall development time.

4. Bugs/Defects – I guess it does not need any explanation

Thanks to agile development practices and ‘retrospectives’ in particular these wastes can be disposed off very easily. An agile retrospective, or sprint retrospective as Scrum calls it, is a practice used by teams to reflect on their way of working, and to continuously become better in what they do.

A retrospective is a meeting held by a software development team at the end of a project or process to discuss success and failure and future improvements after each iteration. You may never know what you learned today will be useful tomorrow. Steve Jobs called it as connecting the dots. Iterative learning and continuous improvement (kaizen) quickly helps to identify key issues and ways eliminating it. These retrospectives enable the team to make small improvements regularly, and apply them in controlled and immediate manner. The goal of retrospectives is helping teams to improve their way of working.

Scrum Master and his tools: 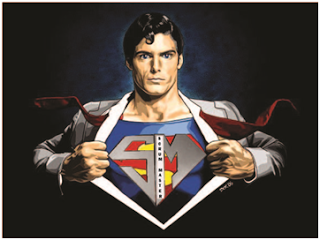 Scrum Master is the retrospective facilitator who is accountable for understanding the roles of each member and remove difficulties to deliver the product goals and deliverables. The scrum master differs from the traditional project leader in terms of people management responsibilities. The Scrum Master is the enforcer of the rules of Scrum, chairs key meetings, and challenges the team to improve. Scrum master should have a toolbox of possible retrospective exercises and should be able to pick the most effective one given the situation at hand. Some of the techniques to do retrospectives are asking questions, state your feelings with 1 word, 5 times why (Root Causes) or asking why, solution focused/strengths and retrospective of retrospectives.

Why would you do retrospectives?

It is insane to do same things and expecting different results. Problem solving approach and subsequently delivering more value to your customers, requires change in the way of working. That is why agile promotes the usage of retrospectives to help teams to solve problems and improve themselves.

What’s the benefit of doing the Retrospective?

The most important benefit is that it cuts through hierarchy and gives equal power to the team members to open up and present their effectively. Since the team members feel empowered, there will be little resistance to do the changes that need to be done. 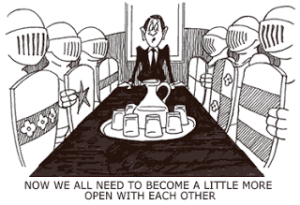 In my opinion, process improvements should not be a separate process; instead it should be part of regular development process. If worked regularly, it can produce immediate results. It’s about establishing a culture across the company that strives to improve but does it with very small steps so assessment can be done easily.

SOAP vs REST: A Case of Disruptive Innovation
We use cookies to improve your browsing experience. Learn about our Privacy policyOk
Scroll to top