Let us understand the importance of CI/CD pipeline automation testing and get to know some actionable tips from our QA team on how to implement QA in the CI/CD pipeline. So without further ado, let’s get started!

Typically, the CI/CD pipeline automation testing is seen at this stage as it helps with early bug detection and makes the project cost-effective.

Continuous Delivery is an extension of Continuous Integration that helps in releasing all the changes at the production-end of development. It includes changes such as the introduction of new features, bug fixes, configurational changes, etc. The primary purpose of Continuous Deployment is to ensure predictability in scheduled maintenance.

Importance of QA in CI/CD Pipeline

QA accelerates delivery and deployment while fixing any recently introduced bugs. Continuous QA fits perfectly in the continuous-everything model and makes everything cheaper and faster.

Most importantly, CI/CD pipeline QA acts as a safety net, which allows the developers to focus primarily on the code, its changes, and the shipping updates, rather than worrying about testing!

Even though the CI/CD pipeline pushes for continuous development, testing, and deployment, it is often plagued with manual testing. One of the greatest issues with manual testing is the delay per iteration, which starts accruing and pushing the deployment back. Slow feedback, slower changes, and painfully slow releases defeat the very purpose of CI/CD as manual testing is unable to keep up with the dynamic requirements.

At the same time, there is a need to run multiple tests depending on the objective of test suites. To conduct these tests, one needs to first identify the test cases and then run them one at a time. Hence, manual testing makes the process sluggish by many folds.

Finally, the test cycles call for separate test environments that teams will have to build manually, upgrade, and tear down. The effort that goes into mimicking the end-user environment may require multiple permutations and combinations that the team will have to identify, build, and update.

Even though manual testing is prevalent, it is evident that it is a failing battle. Following are the clear advantages of CI/CD pipeline automation testing:

While manual testing can be reserved for specific testing types and modules, such as exploratory testing, it is best to automate testing for seamless integration of QA in the CI/CD pipeline.

Tips on How to Implement QA in CI/CD Pipeline?

To modify the CI/CD pipeline, QA professionals can introduce the following actionable measures:

1. Use Selenium for Automated Cross-Browser Testing

Different browsers (and sometimes the different versions of the same browser) operate on different protocols and engines. Regardless, the performance of the website should remain consistent throughout. Hence, it is crucial to perform cross-browser testing through Selenium.

3. Align the Testers with the Developers

Naturally, for the perfect CI/CD pipeline automation testing, the developers and testers must work hand-in-hand to achieve the desired results. Through early-stage incorporation, the overall quality of the project will improve rather than posing it as an afterthought. Further, it will decrease the time-to-market, and you will deliver high-quality, tested applications frequently.

With an automated pipeline, one can expect a stable, bug-free build that is ready for deployment. And while it is deployed, developers must gain access to test reports, especially those containing any issues or failures. These reports will shed light on the reasons why it failed the test and the user behavior that led to the load clash. As a result, developers can make changes according to these findings.

5. Document Every Aspect of CI/CD Pipeline

Documentation helps maintain the testing quality during automated unit testing, which also improves the quality of solutions. Automated unit tests contribute to self-documentation, where code maintenance plays a crucial role in software development. As a result, developers can benefit from a testing model that develops through self-learning. At the same time, the main documentation helps mitigate any software risk and takes care of maintenance.

Developers use common CI/CD tools to introduce automation in the development, testing, and deployment stages. Some tools are designed specifically for CI, and some are better at managing CD. 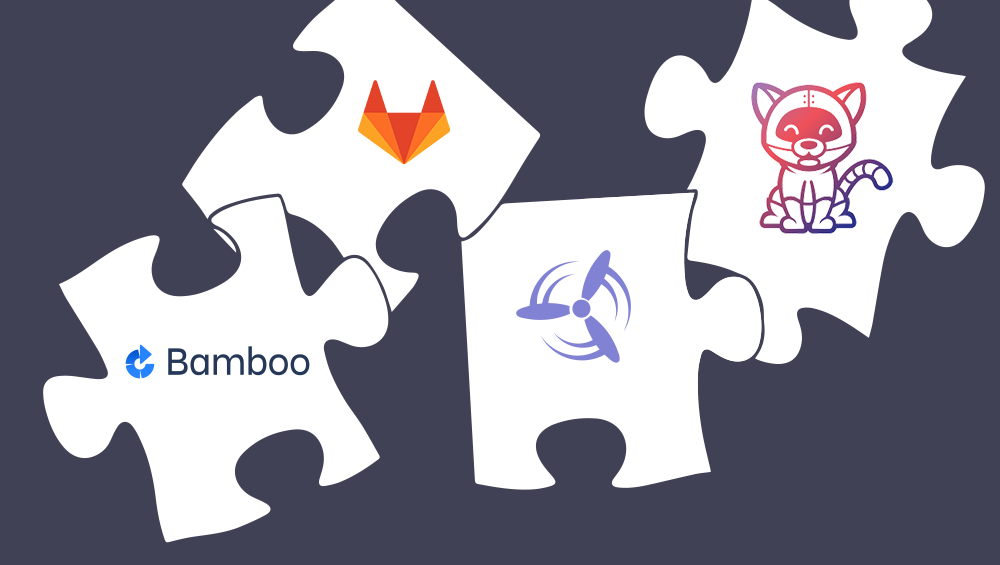 Some of the most common CI/CD automation tools used by development teams include:

Teams may even find managed CI/CD test automation tools offered by a wide range of vendors.

You can get the best out of the automation testing in CI/CD pipeline through the following measures:

Introducing QA in CI/CD cannot be an overnight change. Hence, make use of a feature-by-feature approach to start with the larger features that need to be broken down into smaller test features. In doing so, development teams can also manage their commits.

2. Locate parts that call for automation

On seeing the clear advantages of CI/CD pipeline automation testing, one may want to dive right in and automate everything. However, it is best to first automate those stages and test cases that genuinely ask for it. It is better to assign priorities and work your way through them.

Parallel and automated cross-browser tests increase coverage and reduce test times. Hence, run the tests in parallel and scale the server size to accelerate them.

For perfect and smooth hand-offs, developers must define automatic triggers to deploy the services to the development environment after the code and builds pass all the tests.

Every deployment should be followed by an automatic smoke test. This smoke test will ensure that the code retains its original and core functionality despite the changes. In case the smoke test is positive, the CI/CD pipeline QA must initiate automatic deployment.

Test duplication slows down the regression and automation in the CI/CD pipeline. Therefore, monitor all the test suites to identify similar test scenarios and eliminate all but one.

With continuous QA in CI/CD, the project development cycle can enjoy the following benefits: 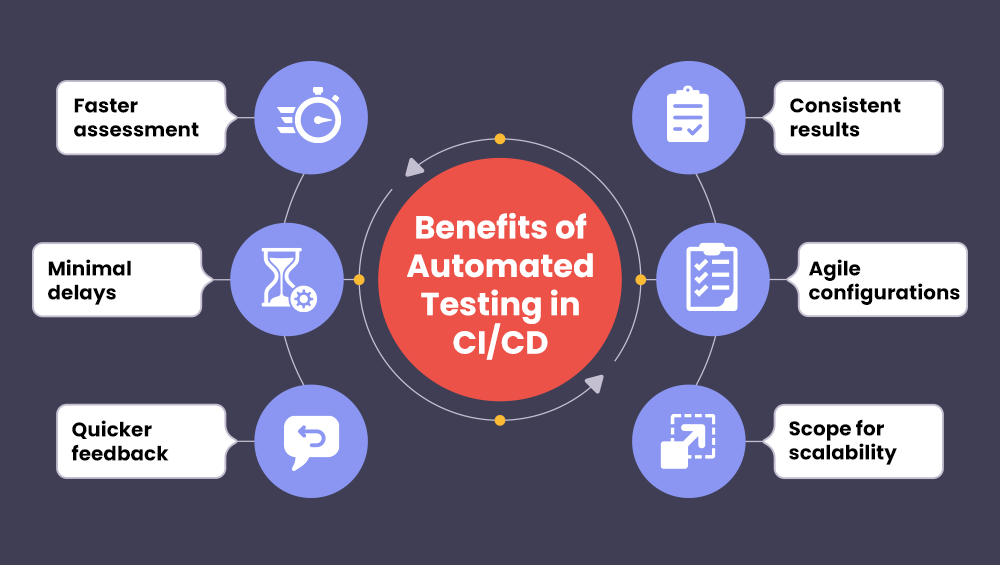 Automation testing improves the ability of the CI/CD pipeline to deliver error-free codes without compromising on the quality. And while the automated pipeline is linear, the feedback loop becomes an area of interest as all the crucial metrics will be readily available at this stage. These analytics can help with performance monitoring and enhancement, which will boost the quality of the project.

The close-knit construction of the CI/CD pipeline also highlights the role and importance of every contributor. Further, it demonstrates the effectiveness of their deliverables in maintaining code and project quality. Thus, QA managers should follow a hands-on approach and involve all stakeholders in the test development and environment provisioning strategies. In this manner, businesses can deliver high quality and include continuous testing through the processes.

Maruti Techlabs offers hassle-free continuous testing services. We incorporate testing services seamlessly in your CI/CD pipeline to streamline and get the most out of your development cycles. For end-to-end QA services, simply drop us a note here and we’ll take it from there.

11 Reasons Why You Too Need To Outsource Mobile App Testing
We use cookies to improve your browsing experience. Learn about our Privacy policyOk
Scroll to top