How Can Chatbots Help Make Your Event A Huge Success

Chatbots have taken the world by storm with their efficient conversation, ubiquitous nature, interactive and predictive approach. But can they replace human interaction and customer service? Well, right now they can assist customer service and e-commerce operations. A bot is ideal for businesses who want to delegate monotonous tasks and expand customer service. As chatbots are available 24X7, they can answer burning questions of customers immediately. So what should be the ideal bot conversation to satisfy the user or sell a flower!!

Initiate the conversation and introduce itself

At the start of a conversation, the bot should introduce itself with a short description as the user might not be familiar with the chatbot or it’s working. The description should explain the purpose of the bot and prompt the user to take the first action. Bot interactions are a bit like the traditional e-commerce flows. We should constantly keep the user updated and help them move forward. 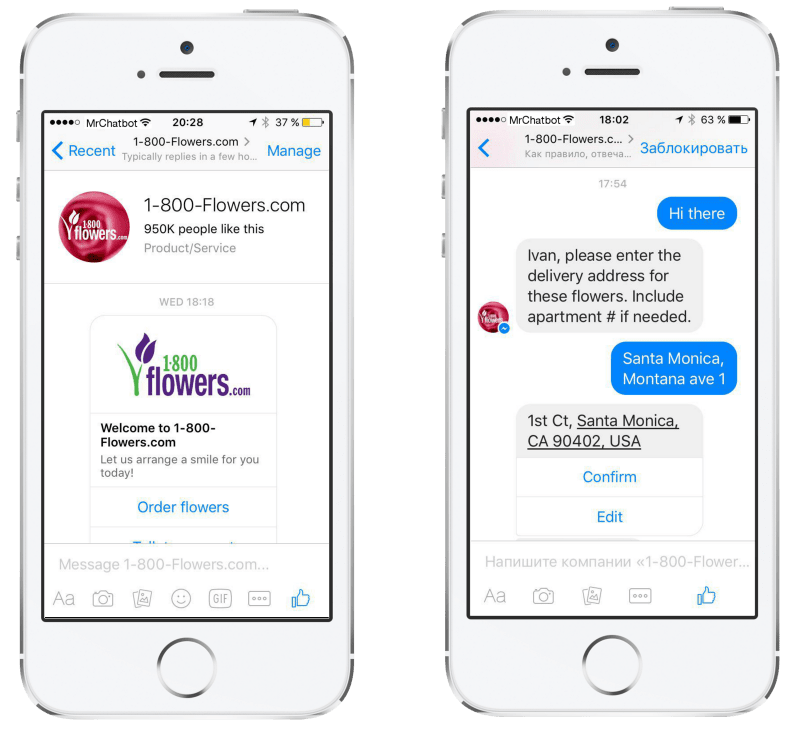 Appropriate options to guide the user

Bot should not burden the user with too much information quickly. Information overload may misguide, making the user lose focus. Specific keywords such as “help”, “settings”, “start over” and “stop” keeps the bot conversation on course. 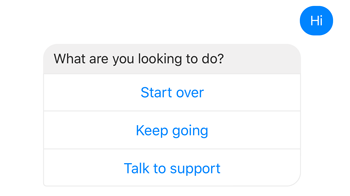 Bot should prevent a conversation to become stagnant by responding to the actions and giving the user necessary options. Options also prevent the conversation from possible dead ends as there are many directions available for the conversation to head towards. By limiting functionality, bots can guide users down specific paths within the program. Use buttons with multiple options instead of asking open-ended questions. This allows the users to choose one answer, rather than type in something which may not fit with the script. Consider suggesting things to do; this will help users discover additional functionality. 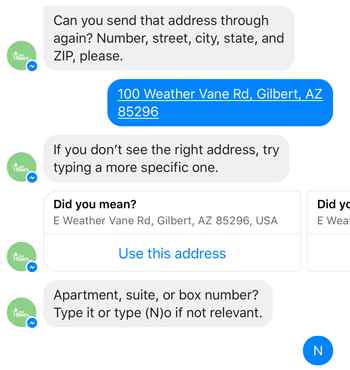 The experience is similar to answering a multiple choice test. According to Chris McCann, President of 1-800 Flowers choices were intentionally given to keep the process as user-friendly as possible. “Our biggest concern was customer experience, given that it’s a new channel,” Ideally the bot interaction should flow like a traditional customer service interaction, keeping the users updated on progress, letting them know what is needed to move forward, and being proactive.

Imagine going to an apparel store and the salesman starts blabbering about a long list of offers and types of clothes when all you want is a simple shirt. Similar situation can arise in bot interaction. Thus messages need to be short, sweet, and straight to the point . The bot should mimic human interactions instead of text filled with information which the user will skim over. Especially for mobile users, break the bot conversation into multiple texts for full readability. 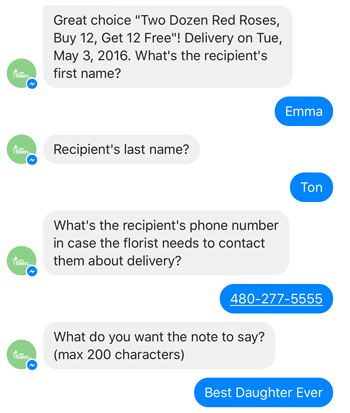 Getting the user acquainted with the bot is very crucial for its success. A gradual learning curve will ease the navigation and transition to next level of functionality. After the introduction, the bot can show expert features in bits making the entire process efficient.

A striking difference between bots and mobile app is the user interface (UI). Chatbots have moved from UI filled with graphics to UI filled with texts and simple images. Bots goal is to bring a hybrid experience of messaging and GUI at one place. Thus combining structured content and images into the bot conversation opens up bot interaction into further possibilities. But excessive use of structured messages makes the conversation artificial and it loses human element. Thus finding simple ways to streamline the conversation will help to create a strong balance of GUI inside the interaction.

A bot should bring efficiency into the system and have a strong value proposition. As the user is able to get a hang of bot features, it should limit the options and guide users towards the final goal (value proposition) for example order a product, subscribe to a newsletter, checking weather etc.

Bots are built on the premise of work complexity and type of information. A complex work with structured data can be automated using messaging bots, but a complex task involving cognitive decision making need Artificial Intelligence or human intervention. Expect them to enhance the quality of customer interactions but it can’t facilitate the interactions on a personal level. The bot has access to vast amount of information which lets the customer service representative get to the heart of the problem quickly, without transferring between departments and wasting the customer’s time. Thus for customer service, you need both bot and human to complete the task. Customer representatives ensure the user gets the information it requires when the bot conversation goes off the script. 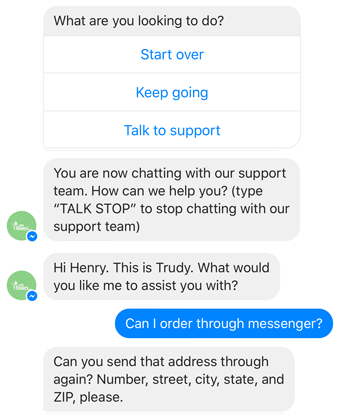 It’s an awkward situation if the communication is going off the script. A good option is suggestions so that the bot is helping the user skip step by step instructions, and efficiently end the interaction to the user’s satisfaction. After the customer’s task has been accomplished, the bot should end the conversation. Even after human intervention, if the task is not completed it should not leave the user hanging. If the bot doesn’t understand the user or there is a backend problem (delay/wrong responses) it should clearly say so. If the user says goodbye — so should the bot. Idea is to leave the user satisfied without questioning the bot’s effectiveness.

With a strong belief in the Bot strategy, we have developed a bot for our client using text analytics and artificial intelligence. Read more about the bot – “Chatbot powered by Artificial Intelligence”.

About the author
Mirant Hingrajia

Mirant is a Technical Architect at Maruti Techlabs. From overseeing the design of enterprise applications to solving problems at the implementation level, he is the go-to person for all things software.

How do Chatbots Work? A Guide to Chatbot Architecture

Getting the most out of customer communication through a chatbot.

Does Your Business Need an AI Chatbot?

Here's how An AI chatbot can help you scale effectively and automate your business growth.

What is NLP? Why does your business need an NLP based chatbot?

Understand the basics of NLP and how it can be used to create an NLP-based chatbot for your business.

Bot Development - 11 MIN READ
How do Chatbots Work? A Guide to Chatbot Architecture
Getting the most out of customer communication through a chatbot.

Bot Development - 10 MIN READ
Does Your Business Need an AI Chatbot?
Here's how An AI chatbot can help you scale effectively and automate your business growth.

Bot Development - 8 MIN READ
What is NLP? Why does your business need an NLP based chatbot?
Understand the basics of NLP and how it can be used to create an NLP-based chatbot for your business.