The US is one of the leading countries in the adoption of smartphone technology, and the statistics show that the number of smartphone users in the country as of 2016 stood over 208 million. A rise of more than 69% since 2010 is staggering. It is evident that fintech has reached a tipping point in all industrial sectors. Fintech in the banking industry is no exception. The technological advances have changed the traditional ways of banking. Startups and young minds are the main driving force for fintech companies, developing very smart solutions that would benefit the people. 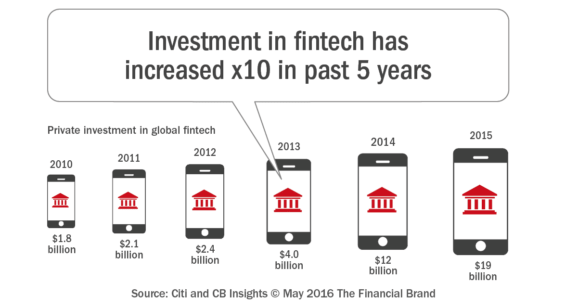 We have all moved to an internet-based world as it offers comfort and most importantly it saves time. Managing the financial part online is become increasingly popular due to the advancements of technology. Many of us prefer online banking as it is convenient and faster. The bricks-and-mortar bank has extended their services by offering various services online to stay in the market as their traditional ways of banking are slowly withering off. If technology offers a variety of services with less cost, why not use them unless you are comfortable doing a face-to-face transaction.

Bankers, on the other hand, have to find the way to meet the demands of the customers and establish a full-fledged core banking products and services. They should provide easy, convenient and user-friendly APIs to manage the threat posed by their new fintech counterparts. Fintech is no more mere start-up companies. And they attract new customers to great numbers quickly by their cost-effective as well as dynamic services as compared to the traditional banking. Bankers need to find a strategy to cope-up with the emerging threat quickly before the momentum swiftly switches in favor of fintech players. And it can do so with the use of Artificial Intelligence. AI has transformed the finance industry by helping people and firms make smarter decisions at a very quick pace.

We all love ATMs as it has changed the retail banking system in the country. ATMs have always been the popular and convenient channel for all your banking needs. It is evident to find the fact that there are more than four lakh ATMs across the country. Most of the ATMs are owned by the four leading banks namely, JP Morgan Chase, Wells Fargo, Bank of America and Citibank. The 2016 Federal Reserve Payment Study revealed that withdrawal volumes remained flat since 2012 and it stood approximately 5.8 billion transactions. These operations are valued $700 billion at an average of $122 per transaction made in the ATMs. 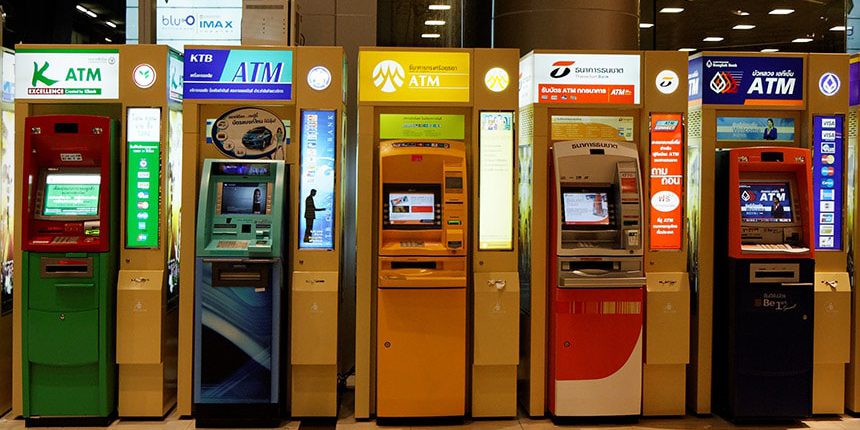 Most ATMs across the nation charge a fee for using them. It is better to be aware of your bank charges before you start using them. Most banks offer us maximum six times to use the ATMs free of charge on a monthly cycle. ATMs apparently provide services like withdrawals, transfer of funds, bill payments, recharging mobile and cheque as well as cash deposits and these services should be carried only in your bank tellers, as tellers of other banks charge a fee for processing each transaction.

Check deposits in the ATM usually take one business working day to get cleared. A mere receipt from the ATM doesn’t allow you to access funds immediately after the deposit. But after depositing the check in the ATM, you get access to your first $200 of your check instantly and usually remaining on the next working day depending on the ATM you have used. If you have used a shared branching, it might need an extra time to clear your checks. There is no fee levied to deposit a check in your account.

ATM fees charged by the banks do not discourage us from using them if you use it consciously as stated above; fees are kept to the minimum. The services offered by the ATMs are plentiful. We need to manage our free transactions in such a way that we reap maximum benefits out of it.

Smart chip ATM cards helped to minimize financial loss in the event of mishaps. The EMV technology embedded in the chip uses a one-time-use code for every transaction. The code generated is valid for only one transaction so even if somebody steals the code it will not work. Bankers often advise customers to memorize their pin to access ATMs; this is done to avoid writing the pin on the back of the card. This will save you from unnecessary troubles that may arise out of the stolen or misplaced card. In the event of increasing theft and fraud, bankers are finding ways to combat them by providing enough security to its customers. Magnetic Stripe technology uses the same pin for all the transactions. Hence the chances of fraud are more compared to Chip-enabled cards.

Another step in the ATM innovation is the installation of biometric sensors and Iris scanners which soon if not already will replace the need for carrying your plastic card. Bankers will have the surety that no one except the authorized account holder accesses the funds. It also eliminates the need to remember the pin.

You are the password to access your account. Biometric ATMs use palm or fingerprint sensors, eye recognition, and integrated mobile applications, to identify the account holder. More efficient and accurate method of identifying also includes the micro-veins, so to eliminate mistakes made by ATMs in recognizing its customers.  The most notable feature is that even if you have lost your card, you may be able to access your funds in an emergency. Thanks to the technology.

With the rise of mobile wallets being the preferred mode of payments, banks are considering an option to integrate the wallets in their ATMs. Major Banks such as Bank of America, Wells Fargo and Morgan Chase have integrated e-wallets in their ATMs as a part of their customer-centric initiative. NFC (Near Field Communication) technology is the driving force behind adding e-wallets integrated ATMs. The technology communicates without internet in close proximity, and transfer is completed quickly. NFC chips embedded in the credit cards are used commonly. And the use of NFC in the ATM is a step seen to collaborate with the financial market players allowing contactless payments to be seamlessly smoother.

ATM for the Blind – to aid visual difficulties 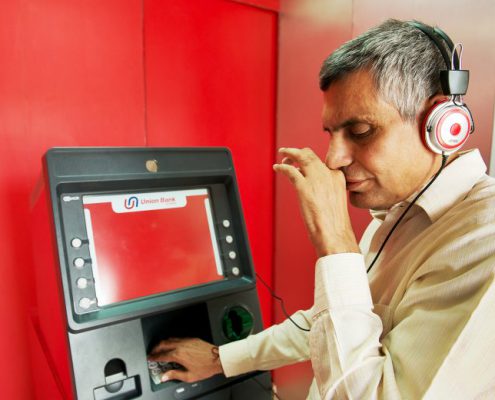 Talking ATMs are provided in most locations across the country. It is provided to ease the visual problems of its customers. Bank of America alone has more than 18,000 talking ATMs for the visually impaired customers. Audio jacks are given to hear the instructions in private that help them to perform the transactions safely and securely.

The Congress in 1980 setup Monetary Control Act (MCA) and the primary purpose of MCA was to promote an efficient nationwide payment system by encouraging competition between the Federal Reserve and private-sector providers of payment services. The Automated Clearing House (ACH) provided by the Federal Reserve helps to process the nationwide electronic interbank payments efficiently. These electronic payments include salary, social security, dividend payments, direct debits of a mortgage, insurance premiums, and other bill payments. 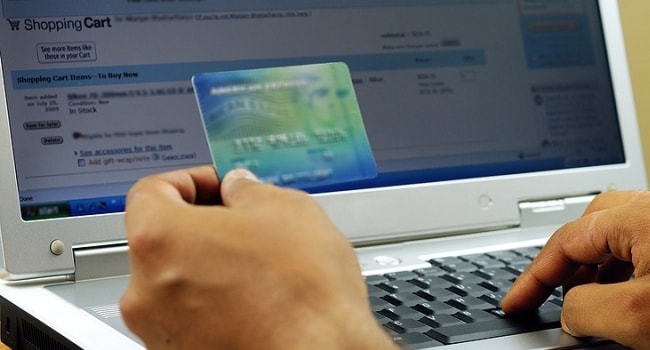 Mobile applications offered by banks have a user-friendly interface for convenient banking. As stated earlier about incorporating biometrics in the ATMs, bankers have provided the apps which recognizes fingerprint to log in without having to install biometrics app or purchase hardware for that matter. It gives customers the faster access to the money management in a flash. This also eliminates the need to remember the case-sensitive, alphanumeric password which is mandatory to change regularly.

The four major e-wallet companies are PayPal, Apple Pay, Android Pay and Samsung Pay. These wallets are used for paying online purchases and P2P (Person to Person) payments. There are other stand-alone wallets like the Walmart Pay, Starbucks are limited to store specific. The growth rate of these wallets is increasing, and this indicates that the people are willing to opt for simplicity in making purchases and payments. These wallets also attract customers as they provide exciting offers, reward points, cash back and more. These wallets are being recognized in most banking platforms as a part of the collaborative measures to flow with technological advancements.

National Settlement Services is operated by the Federal Reserve to automate the clearinghouse settlements. Due to the innovations in technology, agents acting on behalf of the depository institutions submit their settlement files online. These files are automatically processed, and entries are posted in the respective FDR account holders offered by the Federal Reserve.

In order to access the funds in real time business enterprises, government agencies and retailers can rely on Fedwire services which offer real-time transfer of funds between the banks.

It is considered the premium mode of electronic payment as the funds are wired within no time.

Almost all the banks have successfully employed this technology that saves a lot of time and money. The customer contacting the bank has several options before him to choose that best fits his need to contact the executive. But this may be irritating sometimes, as we just want to get through the executive quickly or talk to him directly without having to follow several steps before reaching the bank executive.

The coming age of AI will boost banking sectors with an improved customer experience loaded with privacy gadgets. AI will also improve the risk management features in the banking industry. The most famous of the recent innovations we know is the chatbots, the feature we use which is integrated across all major apps on your mobile phones. It may help you select the perfect boot when shopping online, eliminating the need to search for the right one. Banking will have to shape itself to this new innovation and adding AI into banking would be another feather in the banking innovations. Bankers need to hire the right people to incorporate high-tech innovations which may not be a far distant dream.

The most important feature of banking is the customer relationship and the operational efficiency. In order to stay competitive bankers need to tackle these two primary functions well to generate enough profits. Data algorithms to help achieve customer preferences to a certain financial product, fraud detection systems have improved drastically, and it is expected to achieve growth in the coming years. Also, making use of Machine Learning along with AI cooks up a great recipe for a smart and robust system that consumers and firms will be delighted to have by them.

Data breaches are more common in small-scale business, but on national level institutions cannot afford to have a data breach within their system. Customers entrust their funds and personal profiles with the company, and it is the foremost duty of the later to protect it from data theft. There are malware, Distributed Denial of Service (DDoS) attacks, phishing and thus it poses a serious threat to the banking industry. Bankers would require studying the emerging threats and proactively take measures to ensure the safety of its customers.

Federal Reserve has taken steps to mitigate the risks and introduction of EMV chip to replace magnetic stripe technology is one such example of enhancing the security against the threat that increases too with the advancements in technology. Banks are progressing slowly towards replacing the cards with EMV. Educating people is also critical in fostering the security measures effectively that additionally help to boost their confidence in the payment structure of the nation.

Continue Reading
Looking for a FREE consultation? Let’s connect. We’d love to hear from you.
Contact Us
Maruti Techlabs is a leading enterprise software development services provider in India. We are
a team of passionate, purpose-led individuals that obsess over creating innovative solutions to
address our clients' challenges and deliver unparalleled value.
Home
Products
Services
© Maruti TechLabs Pvt Ltd
About Us
Resources
Careers
Connect with us

Revolutionary Trends of the Fintech Industry Scroll to top