What are the advantages of Artificial Intelligence in Testing?

Testing is a vital process that guarantees customer satisfaction within an application and helps in safeguarding against potential failures that may prove to be detrimental down the line. It is a planned process where the application is assessed and analyzed under certain conditions to understand the overall threshold and risks involved in its implementation.

With software development life-cycles becoming more complicated by the day and delivery time spans reducing, testers need to impart feedback and evaluations instantly to the development teams. Given the breakneck pace of new software and product launches, there is no other choice than to test smarter and not harder in this day and age.

Releases that happened once a month, now occur on a weekly basis and updates are factored in on almost every alternate day. Thus, it is quite evident that the key to streamlining software testing and making it more smarter/efficient is Artificial Intelligence.

By assimilating machines which can meticulously mimic human behavior, the team of testers can move beyond the traditional route of manual testing models and progressively move forward towards an automated and precision-based continuous testing process.

An AI-powered continuous testing platform can recognize changed controls more efficiently than a human, and with constant updates to its algorithms, even the slightest changes can be observed.

When it comes to automation testing, Artificial Intelligence is being used widely in object application categorization for all user interfaces. Here, recognized controls are categorized when you create tools and testers can pre-train controls that are commonly seen in out of the box setups. Once the hierarchy of controls is observed, testers can create a technical map such that the AI is looking at the Graphical User Interface (GUI) to obtain labels for the different controls.

With testing being all about verification of results, one needs access to a plethora of test data. Interestingly, Google DeepMind created an AI program that utilizes deep reinforcement learning to play video games by itself, thus, producing quite a lot of test data.

Down the line, Artificial Intelligence will be able to observe users performing exploratory testing within the testing site, using the human brain to assess and identify the applications that are being tested. In turn, this will bring business users into testing and customers will be able to automate test cases fully.

When user behavior is being assessed, a risk preference can be assigned, monitored and categorized accordingly. This data is a classic case for automated testing to evaluate and weed out different anomalies. Heat maps will assist in identifying bottlenecks in the process and help determine which tests you need to conduct. By automating redundant test cases and manual tests, testers can, in turn, focus more on making data-driven connections and decisions.

Ultimately, risk-based automation assists users in determining which tests they need to run to get the greatest coverage when limited time to test is a critical factor. With the amalgamation of AI in test creation, execution and data analysis, testers can permanently do away with the need to update test cases manually continually and identify controls, spot links between defects and components in a far more effective manner.

To err is human. Even the most meticulous tester is bound to make mistakes while carrying out monotonous manual testing. This is where automated testing helps by performing the same steps accurately every time they are executed and never miss out on recording detailed results. Testers freed from repetitive manual tests have more time to create new automated software tests and deal with sophisticated features.

It is nearly impossible for the most significant software/QA departments to execute a controlled web application test with 1000+ users. With automated testing, one can simulate tens, hundreds or thousands of virtual set of users that can interact with a network, software or web-based applications.

Shared automated tests can be used by developers to catch problems quickly before sending to QA. Tests can run automatically whenever source code changes are checked in and notify the team or the developer if they fail. Features like these save developers time and increase their confidence.

With automated testing, one can increase the overall depth and scope of tests resulting in overall improvement of software quality. Automated software testing can look into memory and file contents, internal program states and data tables in order to determine if the software is behaving as it is expected to. All in all, test automation can execute 1000+ different test cases in every test run providing coverage that is not possible with manual tests.

With software tests being repeated every time source code is modified, manually repeating those tests can be not only time-consuming but extremely costly. In contrast, once created – automated tests can be executed again and again, with zero additional cost at a much faster pace. Software testing timespan can be reduced from days to mere hours which translates directly into cost savings.

Some of the popular AI based test automation tools being used – 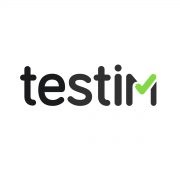 This tool makes use of ML for the authoring, execution, and maintenance of automated tests. It emphasizes on functional, end to end testing and user interface testing. The tool becomes smarter with more runs and increases the stability of test suites. Testers can use JavaScript and HTML to write complex programming logic. 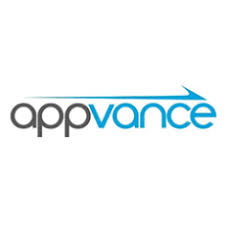 Appvance makes use of Artificial Intelligence to generate test cases based on user behavior. The portfolio of tests comprehensively covers what actual end-users do on production systems. Hence, this makes it 100% user centric. 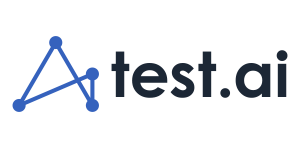 Test.ai is a mobile test automation that uses AI to perform regression testing. It is useful when it comes to getting the performance metrics on your application and is more of a monitoring tool than a functional testing tool. 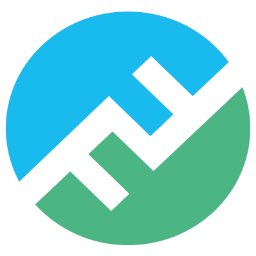 Functionize used machine learning for functional testing and is very similar to other tools in the market regarding its capabilities such as being able to create tests quickly (without scripts), execute multiple tests in minutes and carry out in-depth analysis.

With every passing day, as Artificial Intelligence finds its way into the software development lifecycle, organizations are still contemplating if they should adopt it wholly within their product engineering practices.

Post the initial investment to set up an AI system in test automation is carried out, organizations are bound to produce greater testing rewards for less money. In turn, these savings can be redirected towards Quality Assurance efforts when it comes to testing uncovered areas or exploratory testing or the more exciting & creative parts of software testing.

How is Artificial Intelligence in Insurance addressing key challenges?

How can Artificial Intelligence in Hotels remodel the Hospitality business?
We use cookies to improve your browsing experience. Learn about our Privacy policyOk
Scroll to top